This past weekend, the U.S Department of Homeland Security advised Americans against using Internet Explorer as a web browser for the present time. Reason being, a flaw was discovered that would allow a computer virus to attack if the user visits one malicious website. In other words, Internet Explorer is incapable of prevent a virus from attacking. Microsoft just issued a patch yesterday http://time.com/85500/microsoft-fixes-internet-explorer-security-bug/. If you have Internet Explorer, you should receive an update. Normally the U.S Department of Homeland Security doesn’t weigh in on these types of matters; however, when you consider that fact that most businesses use Microsoft computers, and probably don’t give their web browser a second thought, a warning was definitely justified. The threat of hacking is so old and redundant that it could compete on Dancing with the Stars. So why do people hack? There’s of course the obvious reason neither of financial gain, but sometimes there isn’t a monetary reason nor for that matter a malicious one. Sometimes it’s for attention; or dare I say it, it’s for the publicity. The most obvious reason for hacking for publicity is status. Think about it, when you hack a well-known enterprise, you become famous or infamous… your name makes the national news, Julian Assange of WikiLeaks is a primary example. Along the same lines, sometimes people hack for significance. Before I dive into that however, I’m going to ask you to consider the notion that not all hacking is malicious. Rarely, but sometimes hacking is meant to demonstrate to system administrators about flaws in the website by inflicting a low-level virus or harmless prank, thus preventing larger scale viruses from occurring. Other times, hacking is political. For example, well-known hacking group, Anonymous hacked the controversial Westboro Baptist Church in a kind of a Robin Hood notionhttp://www.huffingtonpost.com/2012/12/17/westboro-baptist-church-twitter_n_2318519.html. Individuals or groups like Anonymous sometimes like to hack as a way to stick it to major corporations. After all, is there a better way to humiliate a major company than by giving them a virus or exposing secret information? It must be even sweeter when done publicly. Whether a hacker’s intentions are malicious, benevolent, or neutral, they are significant because the create awareness of a system’s flaws as well as make the general public more conscience about their internet habits and e commerce spending. This leads to the question, is hacking a form of public relations? The point of a publicity campaign is to create brand awareness. In the case of Wikileaks and Anonymous, this has been effective. With most hackers on the other hand, it does not build brand awareness at all. Think about, can you name a famous hacker as quickly as you can name a famous pop star? Some people would argue that there is no such thing as bad publicity. I myself have uttered this phrase from time to time. However, in strict public relations terms, a publicity campaign is only supposed to display the good side of a brand. Messing up websites and getting a hold of other people’s financial data, is usually frowned upon. Also, consumers don’t like it when you put down a religion http://gawker.com/5065477/anonymous-kid-faces-ten-years-for-scientology-hack. If a corporation did that, the PR team would be responsible for damage control. Good luck with putting on a positive spin on intolerance. Talk about a bad case of the Mondays. Also, in a publicity campaign the company communicates with their publics. When you’re doing something illegal, you can’t really have a Facebook page or Twitter account. The point is to be noticed, which is significantly different from being caught. You can also forget about having an official website. Lastly, no hacker has ever put out a press release. 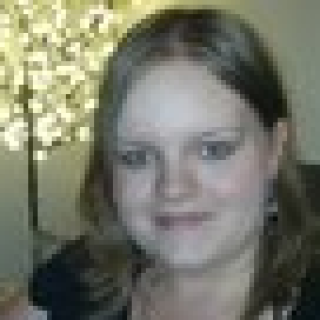